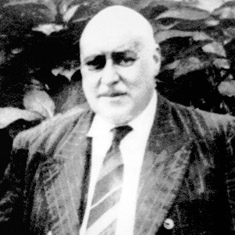 It's the Business beginning with a capital of $ 50, and being established over 8 years on rudimentary facilities leased a mill on the banks of Ave River, with the aim of producing solely knives. 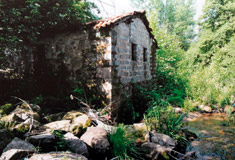 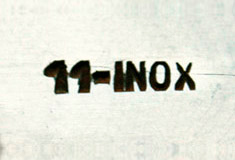 Installation of the plant in its own headquarters in Caldas das Taipas, which at the time was selling items of cutlery with the brand "marca 11" - year of foundation of the company.

Death of the founder Manuel Marques and succession of his sons Abel and Jose Marques, in the direction of the company. This phase is marked by the onset of a new guideline, where investments and improvement of working conditions were the "north".

Period characterized by the born and registration of the brand HERDMAR (Marques Heirs), as well as the creation of the legal enterprise Manuel Marques Herdeiros Lda. This phase is strongly marked by the recruitment of several workers, for the Portuguese armed forces, which would defend national interests in the African colonial wars. This promoted a reengineering process with arrival of more sophisticated machinery, giving the factory technical conditions that allowed a larger scale production, lower manufacturing times and consequently lower cost and higher quality products.

The 60's were also marked with the beginning of the "internationalization" of the brand, which sets the first commercial relations with the Portuguese colonies in Africa.

Being Pioneer, Herdmar launches the first stamped model for the market, also starting at this period selling models in 18/10 (Cr-Ni).

The first logo and catalog were created, in order to assist this embryonic process of internationalization, where competitiveness is a key factor for the continued development of the company, where the import of raw material (stainless steel) allowed a more attractive selling price and good receptiveness by the markets.

In clear development and brand expansion in the 70s, Herdmar starts producing and selling some stainless steel tableware and kitchen utensils.

After the death of the partner Abel Marques, the other partner and brother - José, buy the other half of the company, and at the time, some of their sons were already laboring in the company.

As a result of accession to the EU market, a strong increase in demand originated mostly by foreign customers, which led to a large increase in sales volume, consistently instilling a fundamental acquisition of "know-how" occurs.

Constitution of the anonymous society, Manuel Marques Heirs and assignment of administrative members of the 3rd generation of heirs of the Marques family offices.

Materializes the change of manufacturing facilities built thinking about your purpose, equipped with the most modern technologies, with high level of automatisms and providing excellent working conditions. This event, made possible an increase in the efficiency of production processes reaching a production capacity of 140,000 pieces per day and a great improvement of product quality.

Awarded with the "Gold Medal of Merit Industrial" by the Guimarães City Hall, as well as "Business Success Case" by the Ministry of Economy of Portugal and the Chamber of Commerce of Israel.

Herdmar celebrates its centenary, with the completion of a memorable event, which drew more than 500 people, including employees, former employees, customers, suppliers, family and friends.

Based on the philosophy of sustainable development, Herdmar is now present in over 72 countries with an export rate of approximately 90% of its production and annual turnover estimated at € 7,000,000. At the moment, the 4th generation of the family already carries labour functions in order to feed this project launched in 1911 by a man who saw behind his vision field.